Home / Prepare for your trip

Sint Maarten is the Dutch side of the island shared with St. Martin, which is administered by the French government. English is the predominant language on the island; however, several other languages are also commonly spoken. The Netherlands Antilles florin (NAf) is the official currency. The U.S. dollar is also widely accepted on Sint Maarten.

The island has a year-round temperature of approximately 80°F (27°C).
Currency (Dutch St. Maarten): Netherlands Antilles florin (NAf); the official exchange rate is NAf 1.77 for each US$1.00 U.S. dollar.
(French St. Martin): The official monetary unit is the euro.

Princess Juliana International Airport (IATA: SXM) ☎ +1 721 545-2060. This airport on the Dutch side is the larger airport on the island and one of the Caribbean’s busiest. The runway was very short, but has been extended and the terminal rebuilt in 2006. Planes land and take off unusually close overhead to sunbathers at Maho Beach.

The city of Philipsburg is the busiest city on the island. In “high season”, you may see 6 or so ships, offloading perhaps 18,000 or more passengers. In low season, one occasional ship is more common. You can find usually-accurate schedules for this and many ports and dates online.

The main cruise docks for Philipsburg are approximately a one mile walk to the east end of Front Street leading into the main shopping area.

Contact Island Reps Today, for a great trip with lots of of memories 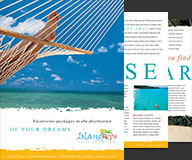